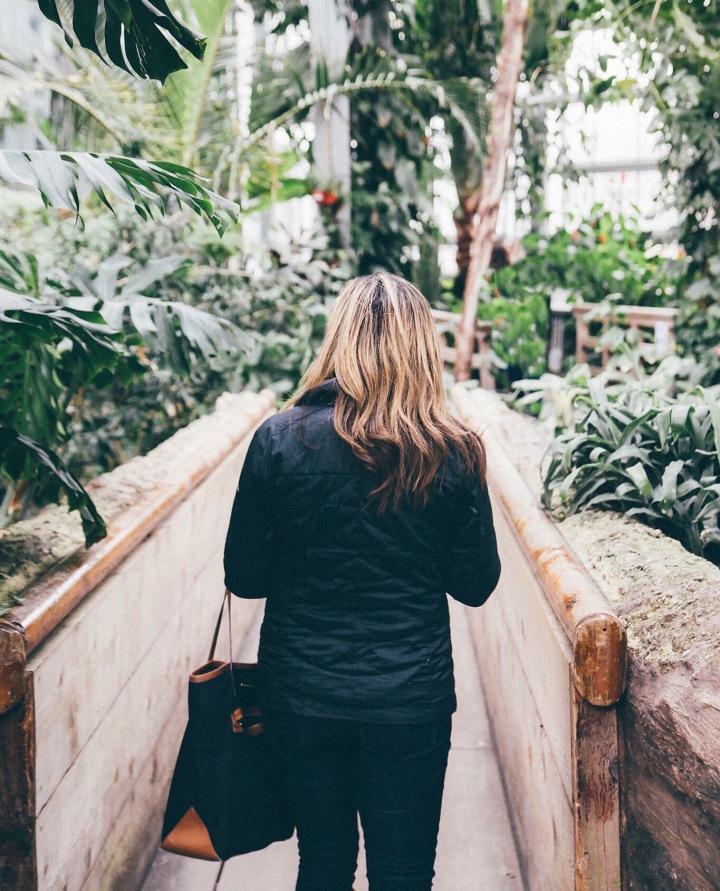 He usually texts at around 2am. Sometimes I’ll receive a sober phone call in the afternoon to “say hi,” and other times it’s a 4am, “Hey, what’s up?” text. Never consistent, never expected, never sought after.

I don’t wait by the phone for a message to pop up. His name seems to be slightly larger than others on the list of others who have viewed my Snapchat story, but so does everyone other guy I’ve hooked up with in the past.

I’m not attached, I’ve never seen him as anything more than what we are.

Which is…nothing (I guess?).

There was a point I considered him as something more, perhaps it was because he was one of the first guys to show me attention in a new city. Naive to the dating scene in a foreign place, it was easy to become attached to someone who felt like a constant.

But, he was never a constant. Coming in and out of my life when he felt like it, deciding when and where it was appropriate to consider me as someone more than just a girl who would comply with his inconsistent tendencies.

I have always been an option, despite his claims to want to date me (drunk). Being an option was offensive at first, as expected, as people always tell you to “~always be a priority~” or whatever. But the truth is, you’re not always going to be a priority.

I can’t be angry for being an option, because to me, so is he. Just an option.

A “date” with him required minimal effort. I wouldn’t spend that extra 30 minutes on my hair simply because I didn’t feel like it. Late-night sleepovers were never an excuse for me to touch up my make up prior to his arrival for the ~pajama chic~ look, because to be honest, I didn’t care.  Although at one point we were “sort-of dating,” I knew that was all we’d ever be, and I knew the status of “dating” would be short-lived. To him, I was always, and always will be, just a “sort-of” girl.

“You’re so cool,” he’d always say. Translation=”You never call me out for treating you like shit, so I’ll keep you around.”

At times I would feel “less of a woman” for allowing him to consistently be a dick, but, if not giving a shit classifies “dick” behavior, I guess I’m a dick too.

I called him out once via text one too many vodka sodas deep. It was harsh, and the texts were embarrassingly long. I allowed myself to get emotionally invested for a hot second, but shortly after it made me realize I never really gave a shit either. It’s like I always wanted him to want me, but I’m not entirely sure I ever really wanted him in return.

Like I said, desires for attention often masks how we really feel.

People judged the f*ck out of me for keeping him around as long as I did and most people hardly even knew the extent of our relationship simply because I felt the need to hide it. I was too good for him, which I knew all along.

The assumption that a woman is insecure about herself for messing around with a f*ckboy is understandable, but that doesn’t mean that we all are.

I  know I am too good for him. Did I have some underlying that maybe someday he’d see me as someone more than just a “sort-of?” Of course. We never want to feel like we’re a “sort-of.” It’s natural to desire validation, even from people who you don’t particularly want in return.

The sex was average, conversation decent. Is he a bad person? No. Not in the slightest. I don’t f*ck with bad people (literally or figuratively). He’s nice…ish? Has a good heart, just doesn’t know what to do with it, I suppose.

I guess the question that always came up was, “Does he respect me?” Part of me says no, the other says maybe. I know he sees me as a genuinely “cool girl” and I’ve always been slightly more than just a hook up to him. I don’t know what the label is when you’re in the in-between phase of being slightly more than a hook up but significantly less than a “girlfriend,” but it’s where I fall.

If a guy keeps you in his life for an extended period of time, even if it’s not consistent, he enjoys your company.

He likes you. He might be too immature to admit it sober, but you are most likely more to him than just a hook up. But, don’t wait for him to tell you otherwise because at this point, he probably won’t. I won’t tell you to cut him out completely or to send the middle finger emoji when he texts you at 2am, because I would be the world’s largest hypocrite. Just don’t let him get in the way of someone who sees you more than just a “sort-of.”

It’s possible to have men in your life who you don’t take seriously, but still don’t totally hate their presence. It’s like cold french fries. They’re not particularly horrible and you wouldn’t choose them over a “fresh” (can french fries be considered fresh? lmk) batch, but if they’re there and your drunk…well…meh.

Anyways, just know that you are more than a “sort-of,” even if someone treats you as such. The moment you let someone define you as a less of a person than you are is the moment you  SPRINT FAR AWAY from this particular human. Please. It’s one of the worst things you can do to yourself mentally, I’ve been there. But, if you know you are cooler than your non-serious counterpart, than all is good. In my opinion, at least.

I see the best in people, even if they don’t see the best in me. It’s gotten me in trouble, but I probably won’t stop doing it anytime soon. And that’s ok.  I don’t know the next time he’ll hit me up and I don’t know how I’ll respond if he does. But, I guess that’s the nature of our relationship-not knowing and not really caring to.

I know I’m more than a “sort-of,” even if you don’t see me as such. And maybe you do, but if we’re being honest, you’ve always been just a “sort-of” to me, too.