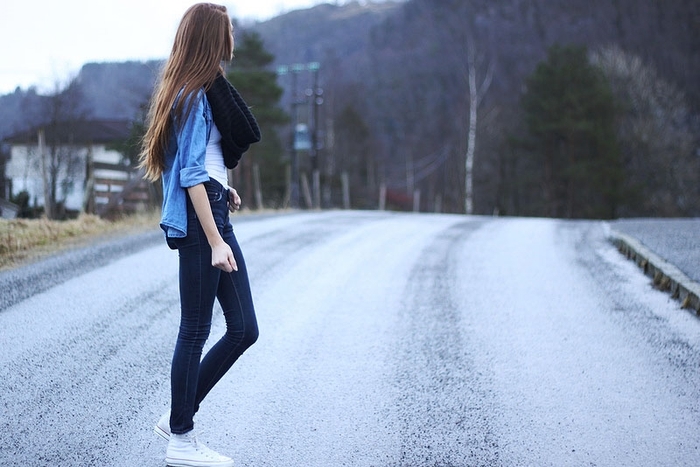 Since I have moved to a new city, my blog has taken a bit of a backseat; a fault that I can only place on myself.

I wondered why my hands were incapable of writing something up; inspiration isn’t hard to find as a writer. I tried to blame it on my lack of time, which is partially true, but it didn’t really seem to feel right. My brain wondered off to thinking “oh, there haven’t been any stories worth writing about recently.” But then I quickly shut that thought down because there have been plenty, trust me.

My recent posts have been lacking the emotion that I have been avoiding for reasons I was afraid to publish. I’ve been in a weird state of forgetting why I started this blog in the first place. It used to encompass fearlessness; personal stories published to provide a greater purpose, to provide meaning.

Somewhere along the way, I lost that, and trying to regain it has been rather difficult.

I have pushed feelings aside to focus on myself, to thrive in a new city alone, to be who I want to be without having to invest myself in someone else.

I have come to find the casual dating scene to be quite exhausting when I have limited time on my hands. A man who wants to meet for drinks downtown isn’t a very far walk, but on my only night off, I don’t really want to make the time.

They leave their numbers on my receipt at work, with a short and sweet note that reads something like, “You were great! Would love to go out sometime.” It makes me smile, but I stuff it away with the rest of my checks and continue on with my shift.

Swiping right and reading “It’s a match!” boosts my confidence for a moment, then it stagnates once again. The countless “hey what’s up?” messages all become meshed into one, and I couldn’t be bothered.

I enjoy talking to them at the bar as I’m enjoying my after-shift vodka soda cran, and we exchange good conversation for a brief ten-or-so minutes. I provide a false promise to grab drinks and text them. Although my interest has been heightened in the words we have exchanged, I can’t get myself to have it go any further than that ten minute window.

The truth is, I have already labeled you as a disappointment.

To some I may sound like a bitter single 20-something, maybe to some I’m lazy. Some say you have to go out and search for what you want, others say wait for the unexpected.

However, I’ve done both. They haven’t worked. My love life isn’t “boring” by any means but it has been a constant disappointment and I’ve teetered between the ideas of placing the blame on the men I’ve encountered and shitty timing. But when do the excuses run out?

I try not to blame it on myself because let’s face it, you never want to put the blame on yourself.

It’s like staring at a mirror and watching it crack before your eyes. Unequivocally painful and indisputably harsh. The failures in my love life aren’t unnatural, I’m sure you have shared in some of these sentiments with me. They say “you have to kiss a lot of frogs before finding your Prince Charming,” or whatever.

Well, what if I don’t want to kiss anymore frogs?

In a world full of people, how offset is this ratio and how come everyone else seems to be figuring it out besides me? The dating culture encourages kissing frogs with the hopes of them someday turning them into something less grotesque, usually after several months and drunk texts. I know the system, but perhaps I’m doing it all wrong.

I don’t know. It’s an odd reality to face: knowing that you’re good enough, but trying to find why you weren’t good enough for them. It’s somber, it’s disappointing, it’s inexplicably exhausting. It’s tough staying optimistic when you’re track record steers you in the other direction.

I have waited for the text after sleeping together, deciding on whether you’re just too busy. A day passes, and my brain has been wired to lose interest after day 2. I refuse to lower my standards just to see if your interested. If you don’t care enough, then I won’t.

I have been the girl to continually go back to her ex, although every time I knew I was the one who would be made a fool. Fool me once, fool me twice, fool me ten times, what the f*ck am I thinking?

I fell for a guy abroad, I promised myself we would always stay in touch. I held onto the idea that we would cross paths again and be happy in the same place. We exchanged letters, filled with romantic words scratched on paper that are tucked away in my nightstand. Every so often I carefully unfold the delicate college-ruled paper and read them, as a reminder of the love that never was. As a reminder of something that could have been, but wasn’t.

I allowed a guy to stay with me for the weekend. A guy I wasn’t all too sure about, but decided to take a chance anyways. I didn’t want to be his girlfriend, but the entire weekend I was thinking, “Can you at least pretend?” The weekend ended on a sour note and I, again, was not good enough.

I bounce back from disappointments quite quickly, simply because I’ve been wired to do so. When I say, “I’m over it,” I really am. But how many times can you truly force yourself to be over something before it catches up to you? As humans, are we really supposed to continually not give a sh*t?

Am I really supposed to not care?

I’ve waited, I’ve been the chaser rather than the one who is chased. I’ve set myself up, knowing I’d only be let down. I wanted to be the girl who changed you, even though I knew the entire time you never wanted to change for me. I’ve pretended to walk away, with the hopes that you’d follow me.

Being single is fun and exciting. It ~liberates the mind and frees the soul~…right? There are days where I couldn’t imagine myself with someone seriously, but other days, I wonder why no one has given any effort to take me seriously.

I don’t really want to put myself out there. I don’t have the time, I don’t have the desire I once did. You can tell me how much you enjoyed our conversation, but I’ll always be thinking “Well, this won’t last for long.” So, I force myself to end it before it goes anywhere.

I guess this post was written to attempt to explain the mind of a young woman who is continually asked, “How’s your love life?” A question I usually answer with something superficial and empty rather than being honest and replying with, “disappointing and exhausting.”

It’s taboo to admit defeat in the dating scene. With the rise of dating apps and seemingly endless options, it’s like we no longer have an excuse. Finding someone is supposed to be easy. You have a pool of men in your hands at all times, so what the hell is your problem? Why haven’t you found anyone yet?

I’m tired of being disappointed. I’m tired of trying proving myself to someone else when the world is constantly challenging me to believe that I’m good enough for myself.

I’m tired of believing in something when i know there’s the chance that there is nothing to believe in.

5 thoughts on “I’ve already labeled you as a disappointment.”

There was an error retrieving images from Instagram. An attempt will be remade in a few minutes.

There was an error retrieving images from Instagram. An attempt will be remade in a few minutes.